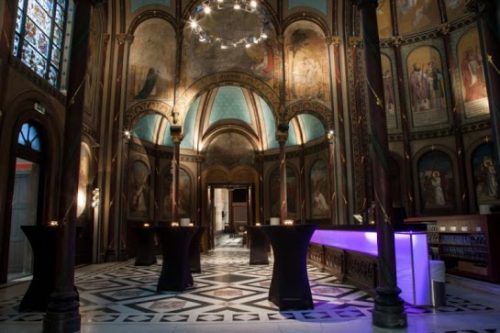 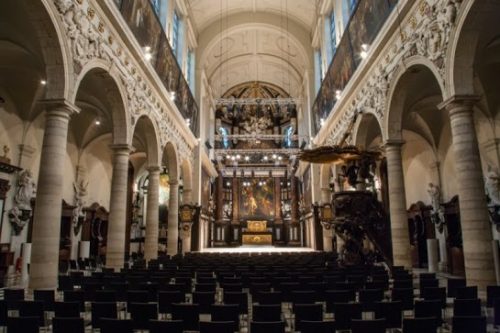 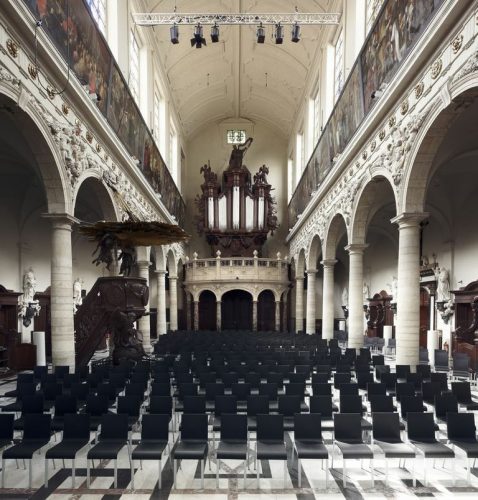 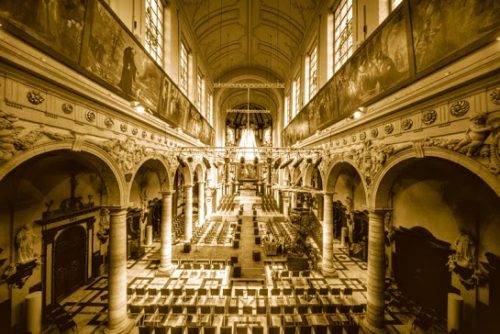 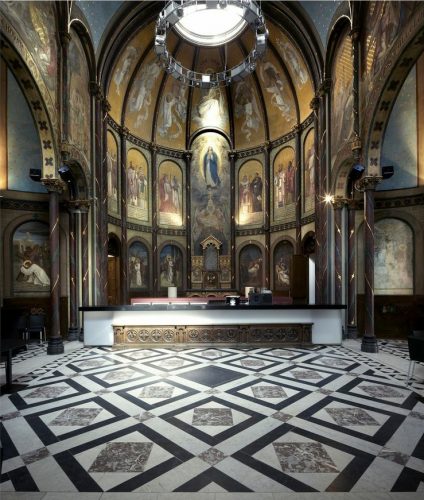 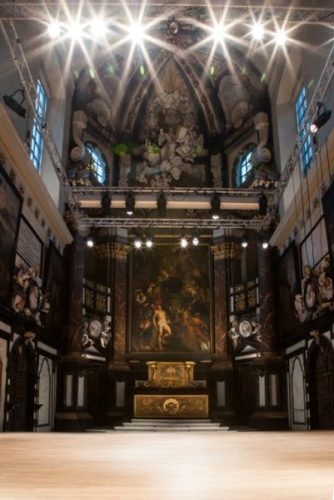 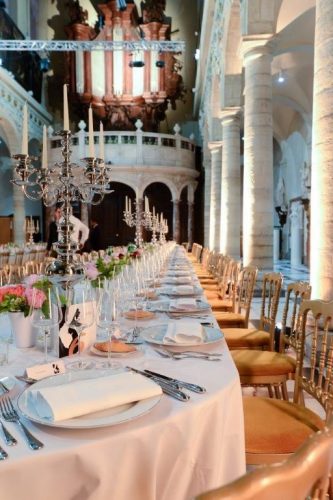 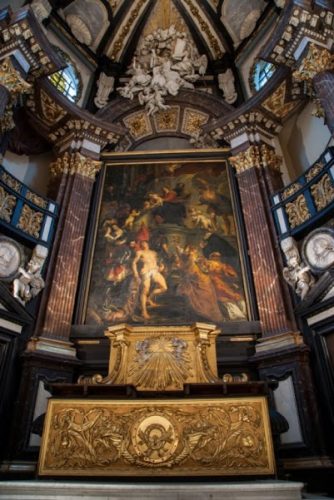 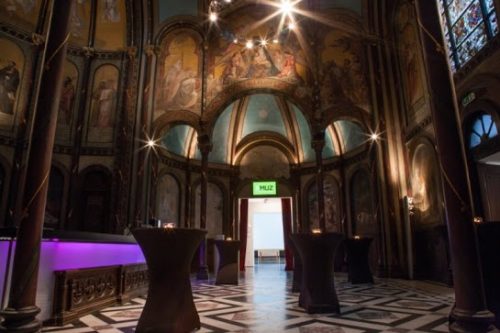 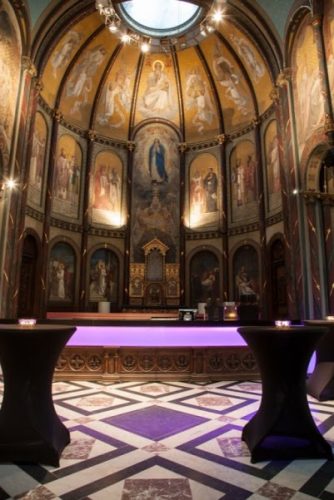 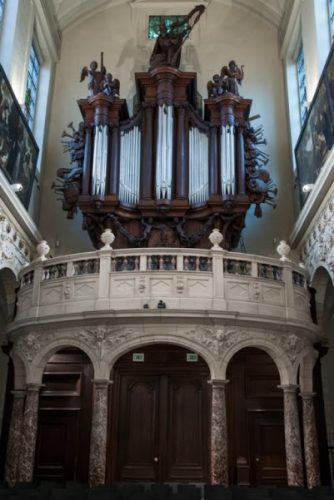 AMUZ is a modern complex situated in and around the baroque St. Augustine Church, located in the heart of Antwerp. With its impressive historical setting and wonderful contemporary architecture, AMUZ adds special value to all of your events, such as business dinners, product launches, receptions and cultural evenings.

Foyer
The 19th century Chapel of Our Lady, decorated with neo-Byzantine murals, forms the backdrop for AMUZ’s unique old foyer. It is the ideal location for activities which require a more intimate atmosphere, such as receptions or standing buffets. The space can also be used for lectures and presentations. The new foyer, a contemporary extension which enlarges the space, creates a splendid contrast to the historic chapel.

Concert hall / church
Not only the exquisite 19th century foyer is available for exclusive receptions and events, but also the 17th century nave of the deconsecrated St. Augustine church. Inside you will still find the original woodcarvings and baroque altars with reproductions of works by the great masters Rubens, Jordaens and Van Dijck. You can rent the concert hall to organize your own concert, but also for receptions and dinners.

Reception
The public is welcomed via the new building, Kammenstraat 81. Right away they see the vestibule, and via a slightly sloping floor they reach the foyer from which the concert hall and public restroom can be reached. All entrances are user friendly for people in wheelchairs.